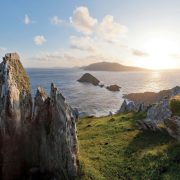 ITOA member Irish Welcome Tours is delighted to announce that the Wild Atlantic Way is featured on a selection of specifically designed car tours on their car touring website www.tourireland.com IWT welcomes the ‘WAW ‘ as a great permanent initiative for the Irish tourism industry and one which will have a lasting legacy for all areas on the route and the island as a whole. http://www.tourireland.com/wildatlanticway/ 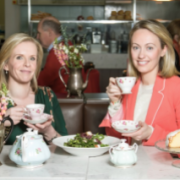 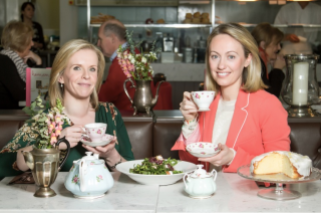 ITOA member Irish Welcome Tours announced the launch of their new gourmet food tour that has been created with celebrity chef and food writer Clodagh McKenna on their tourireland.com website.

Food Tourism in Ireland is booming and people are becoming more aware and interested in Ireland’s food tourism product. Liz Aungier, reservations manager Irish Welcome tours identified a gap in the market for food tours and approached Clodagh with the idea who was immediately keen to get on board to work on the project.

The tour will be a self-guided tour based on Clodagh’s Irish Food Trails TV series, stopping at the towns and markets she visited and tasting the local produce. The series has been aired widely in the USA and has generated a lot of interest in Irish Food. With another series due to start filming in September 2013 (and airing in 2014) this is set to grow even more.

Clodagh is one of Ireland’s best known chefs and cookbook authors. She trained in Ireland, France, America and Italy before returning to Ireland. She now runs Clodagh’s Kitchen, Bakery and Food Hall in Dublin’s famous Arnott’s Department Store and has another 120 seater restaurant due to open in Blackrock, County Dublin in April this year. Clodagh said “I’m thrilled to have teamed up with tourireland.com and my good friend Liz Aungier to create a culinary journey throughout the country that will take you to many of the wonderful places visited in the series.”